The wine regions of Europe have fairly structured legislation, but the term Super Tuscan does on conform to any of the rules that existed when the term was coined. That is the reason it came to be. What do you do with a wine that is one of the most expensive in Tuscany that must be lumped into the lowest level of wine legislation… the Vino da Tavola. I guess the wine writers and critics determined the name and so we are still stuck with Super Tuscan which can be pretty much anything. One of my favorites is a 100% Sangiovese di Lamole from Poggio Scalette in the Greve Commune of Chianti Classico. When Vittorio Fiore first began producing wine from his estate in 1991, a Chianti Classico could not be 100% Sangiovese, but rather had to include many other indigenous grapes of the region. The original recipe for Chianti was to include both whites and reds so the original law created in the 1960’s also allowed and required the inclusion of Trebbiano, Malvasia Nera, Colorino, Mammolo and Canaiolo. It has since been discovered that the originator of the recipe recommended leaving the white grapes out of the blend for more serious wine. But this was ignored, some feel it was ignored to allow farmers with white grapes a market for their harvest.

In the late 1960’s and early 1970’s some Chianti producers began to leave out the Trebbiano and replace it with French varietals like Merlot or Cabernet Sangiovese. Piero Antinori was one of the first to do this with his best vineyard site in the San Casciano in Val de Pesa commune of Chianti Classico. The resulting wine was a blend of 80% Sangiovese, 15% Cabernet Sauvignon, and 5% Cabernet Franc and was labeled as Tignanello Vino da Tavolo, Tignanello being the name of the vineyard. His 1970 from this vineyard actually conformed to the laws (blending 20% of Canaiolo and 5% of Trebbiano and Malvasia with the Sangiovese) and was called Chianti Classico Riserva vigneto Tignanello, but the next year he pulled the Trebbiano from the blend and called the wine just Tignanello Vino da Tavola. The 1982 vintage was the first to have the current blend. A few years prior to Piero taking this bold step, his uncle was growing french vines on a vineyard on the tuscan coast in an area called Bolgheri. On his family estate Mario Incisa della Rocchetta began experimenting with plantings of Bordeaux grapes in order to make a Tuscan version.  He used it as a family wine until the 1968 vintage when his son and nephew convinced him to release some commercially. In 1994 Sassicaia got it’s own DOC designation as did the surrounding area of Bolgheri. Bolgheri is now home to some amazing “Super Tuscans” many of which are very expensive. 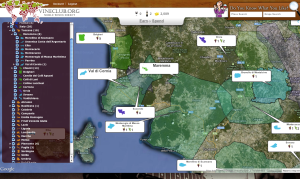 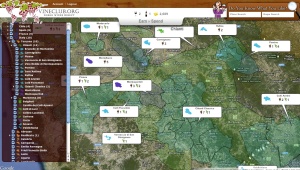 As the fame of both Tignanello and Sassicaia grew, the other producers also began to

experiment with non-local grapes and leaving Trebbiano or Malvasia Bianc out.

Today a Super Tuscan can be just about anything and this trend forced the Italian government to adjust their wine laws to allow such inventiveness.

Wine laws are tiered in a kind of triangle and prior to 1992 the top quality and lowest volume designation was the Denominazione di Origine Controllata e Garantita or DOCG.  In the late 1990’s when I began paying attention to such there were only about twenty and I could easily remember them all for the Master Sommelier Exam, today there are sixty-eight DOCG! Then comes the giant DOC or Denominazione di Origine Controllata which is the equivalent of the AOC in France, after that used to be just plain Vino da Tavola. In 1992 the Italian government tried to solve this strange issue of having an $80.00 wine labeled as a Vino da Tavola (VdT) next to a $3 wine labeled the same way. They did this by creating the Indicazione Geografica Tipical (IGT) designation and changing the VdT to allow only bulk wine that did not have a specific region and a vintage on the label. But all this is changing due to the EU countries all trying to conform to the same system which will take the DOCG and the DOC and lump them together and leave only three tiers. Naturally the Italians will be stubborn about this and will continue to call their wines DOCG and DOC as long as they can. This will be replace between… now and perhaps the next ten years with the term DOP and IGP, the P standing for Protettivo. 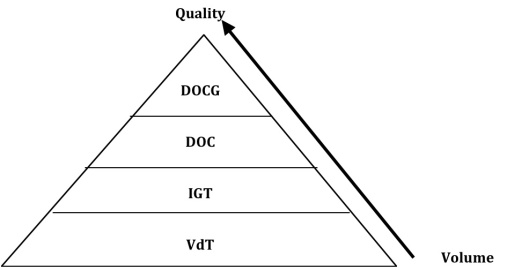 today we have what is might be considered as off-spring of the Super Tuscan in almost any region from almost any grape or combination of grapes. And given the Italian interest in mocking laws and creating new fashions, there are plenty. An example of a white Super Tuscan is the Batàr from Querciabella who have vineyards in both the Maremma and Chianti Classico. An example of a Super Tuscan from a different region is the great Tenuta San Leonardo in Trentino, which is a blend of 60% Cabernet Sauvignon, 30% Cabernet Franc, 10% Merlot. And some people refer to the Carmignano DOCG as the original Super Tuscan because it was legislated to have at least 10% Cabernet Sauvignon blended with a minimum of 50% Sangiovese. Plus of course today we have many new DOC’s and DOCG’s that could be linked to the Super Tuscan tradition. Here are a few examples from a very long convoluted list:

1 thought on “What is a Super Tuscan?” 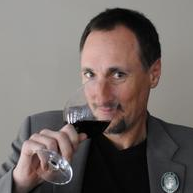 Christopher S. Miller has been the sommelier for The 21 Club, The American Hotel (Sag Harbor) and worked as a wine educator for Martin-Scott, Winebow and Sherry-Lehmann. Trained at the C.I.A. and in Europe, his experiences include Chef-Owner of a four-star restaurant and Saucier Chef at a four-star hotel in Switzerland. Christopher is an Advanced Sommelier in Court of Master Sommeliers program.

He is now leveraging his experience with quality restaurants and the existing distribution channel to assist artisanal wine producers navigate the direct to consumer channel.
Read More

intelligence, strategy, and security in a dangerous world

A Home for Displaced Fans of Rangers Report

Help me bring the passion back to business of wine

A measured approach to Multi-Channel Marketing.

The latest news on WordPress.com and the WordPress community.